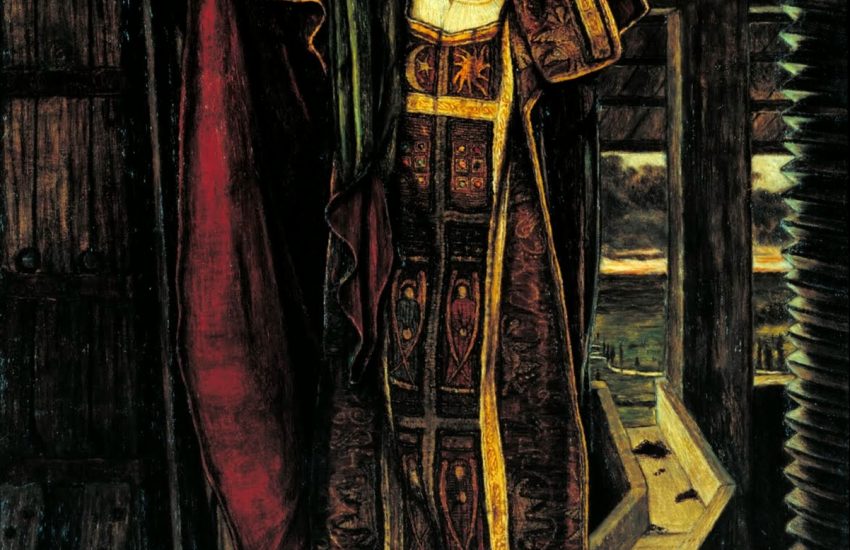 In today’s world, we are often tasked with processing debilitating levels of information at nearly all times. To meet this need, oftentimes the first sacrifice is our emotional investment in the activities around us: if we tried to keep up, pathetically, with emotional investment of all that happens, we would exhaust ourselves before breaching even the canopy let alone the horizon. Losing our emotional investment, though, creates a great risk to our ability to marry perception and critical thinking. The core of our dilemma: accepting that our attentions are finite, and that in finitude is a blessing for the ability to deeply connect with the world around us.

What I mean by this is: An ache absolves me from shame: to feel the pain or hurt of something perceived is to think and understand it enough for it to resonate. Years pass determining capacities for engaging and processing the world around me in healthy, unbounded emotionally and imaginative manners. The stem I grasp through this processing is this: to feel and accept that feeling is often more than enough to begin the work on it.

While critical thought is a much longer issue to try to define in its entirety, the forms of it that I find useful for my day-to-day are what arise in emotionally contending and processing with experiences. I profoundly believe that more critical thought applied to the perception of the world would yield a significantly better world for all. I think there are a few leaps made here that need some of the steps between examined in greater detail. First, let us look at perception.

It is in this sense that the boundary becomes the place from which something begins its presencing in a movement, not dissimilar to the ambulant, ambivalent articulation of the beyond that I have drawn out: ‘Always and ever differently the bridge escorts the lingering and hastening ways of men to and fro, so that they may get to other banks. . . . . The bridge gathers as a passage that crosses.

Homi Bhabha, The Location of Culture

Perception is the act of registering information – whether this information is research, an event, an experience, an emotion, or otherwise. As mentioned above, the world bombards all with an overwhelm of stimuli: constant traumas and tragedy, news items, headlines, and everything. To cope with this, often an individual will minimize the reach and depth of their perception by removing understanding and interpretation from perception: “War is happening. This is a tragedy; A firefighter saved a cat. They’re a hero.” Where critical thought comes in is justly complicating the perception of stimuli by attempting to connect it to greater understandings or networks: “War is happening. This is a tragedy. What caused the war? Who benefits from it? Why aren’t more defending and condemning it? What does it mean to simply condemn war without necessarily fighting it?…”

A response I have to constant stimuli is turning off – to disengage and to refuse my attention to more events. This is my way of being healthy, and I trust that in turning off I am empowering myself to pay my attention in greater levels of critical thought later on. The only way I know for encouraging critical thought about any subject is to sit with it (metaphorically), and really give the subject attention in-depth. Ask surprising questions of the subject and inquire as to what and where its affective domain resides.

Critical thinking is a practice after all, and practices require deliberate and consistent application, or they risk rusting. A rule of thumb I try to operate under is a ‘3, 2, 1’ rule for inquiry: three ‘why’ style questions, two ‘how’ style questions, and one ‘what’ style question allow you to get a fairly large perception of a subject at a minimal glance. While definitely not a catch-all, having something to pivot from gives me the support necessary to dive into a subject and trust that if I run out of interest or run out of ideas for inquiry I have something I can turn to.

Perceive with regard and critical thought

With so many forms of media, outlets for information, and opportunities for engagement with various communities, it is vital to perceive critically. The core of this belief stems from: we are raised to understand the world in a binary of right and wrong; this belief is fundamentally damning: nothing will simply be right and nothing will simply be wrong. In lieu of that, critical attentions provide you with the substance to base an opinion on something that is both supported by evidence and potentially fallible: for instance, I believe the NRA is an evil organization because it has created a culture worshipping instruments for murder. I leave room for counterpoints like without guns there is nothing stopping an evil governmental structure from stomping on its citizens; however, from what I’ve read, the NRA isn’t encouraging civil disobedience in this way either.

It would clearly be inappropriate, a category mistake, to evaluate a desire as ‘true’, or to criticize an act of contemplating a thought as ‘false’. But this does not show that what is being desired, or contemplated, is something that cannot be described as true or false. Contemplating a thought, whether that thought is true or not, does not commit one to supposing that thought true, so the fact that the thought turns out to be false does not make the contemplating of it similarly false. We might, perhaps, describe the act of contemplation as ‘idle’, but this is not a form of falsehood.

I will end this diatribe with a warning: do not conflate critical thought with authority. In fact, I think it is common and expected that the more critical attention you pay to something the less holistically confident you are about your opinion on it. Too often do I see someone who has read maybe one article extrapolating on a subject and touting absolute authority over their opinion. This feels fundamentally wrong and implicitly dangerous: there are infinite numbers of perspectives to consider on just about anything. Yet, more attention will generally reward with more reliably informed opinions.